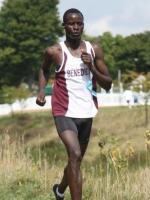 Will The Sub-12 Minute Club Grow In 2017 - Van Cortland...
Van Cortlandt Park has been home to many a great performance, and we have them all, ranked through the Top 100....

Who's #1: Big names for girls debut, while Ostberg is s...
In this week&#39;s Who&#39;s #1, we release our latest updates to the Saucony Flo50 individuals ranking after some long awaited season debuts for big-name girls this past two weeks and two sensational...

Pompilj erupts at Brown over Rutto!...
Marco Pompilj of the Collegiate School (NY) scored a major win over nationally ranked Edwin Rutto of Benedict&#39;s Prep (NJ) at the Brown Invitational in Rhode Island on Saturday. Coming down the fin...