The New Jersey XC campaign came to a close yesterday with a Bang and not a whimper. The season, which was delayed and then accelerated due to the effects of Hurricane Sandy ended yesterday with a day of great performances on both the team and individual levels at venerable Holmdel Park. While there were some absences and some substitutions due to the date change and the proximity to the post season regional qualifying races (Sat. 11/24), the Meet of Champions lived up to its title and its billing. 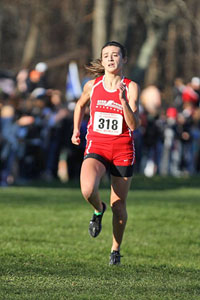 High Point Regional senior Sarah DiSanza, who was 11th in 18:37 last year improved down to 17:47 (#7 AT) to take the championship trophy over a stellar field. Last year, Sarah went on to qualify as an individual at the Nike Cross Nations. Heres hoping that history repeats. 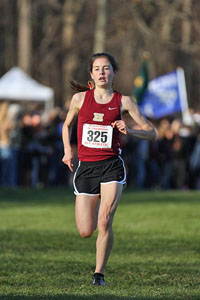 Hillsborough's Kelly Janokowicz, who was lightly raced and flying under a lot of people's radar was second in 17:59, earning her a tie for #11 on the AT Holmdel list with former Jackson Memorial star Amanda Marino. Kelly will compete with her team, runners up to Voorhees today, at the NXN Northeast Regional at Bowdin Park (NY) on Saturday. 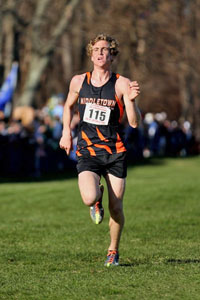 Tom O'Neil, a junior from Middletown No. came into the 2012 season with a Holmdel Pk. PR of 16:52 and did not advance out of the 2011 Group meet. Yesterday, he capped of a story book season with the NJ All Groups Championship and a new Holmdel PR of 15:31 which ties him for #11 AT at Holmdel. Tom will also be at the NE Nike Regional, trying to advance as an individual 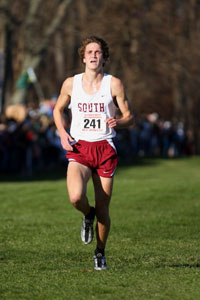 Also a junior, Toms River South's Kyle Kroon completed his own breakout season with the Silver Medal. Kroon who dropped his Holmdel best from 17:04 to 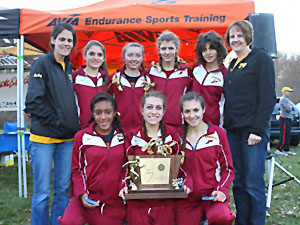 This veteran team (3 sr. scorers) ran away with this championship, scoring 74 points and putting their 5 scorers in the top 22. The addition of the 18:23 run by Nisa Ciiccitta and Clarissa Modde's 18:38 moves the Lady Vikings to the top rung of the All Time Holmdel Team Performance List.

Justina Cassavells charges will take their MOC title and national ranking to Bowdoin Park on Saturday, looking for a berth at the NXN Finals in Portland Oregon 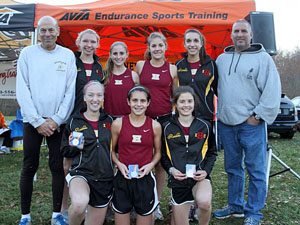 Group 4 Champs, Hillsborough returned to the podium for 5th straight year. A team that improved  each week throughout the season was led by Janokowicz and super frosh Stephanie Mauer @1st / 18:52.). They will also toe the line in Wappingers Falls to hopefully earn a trip to Portland and the NXN Finals.