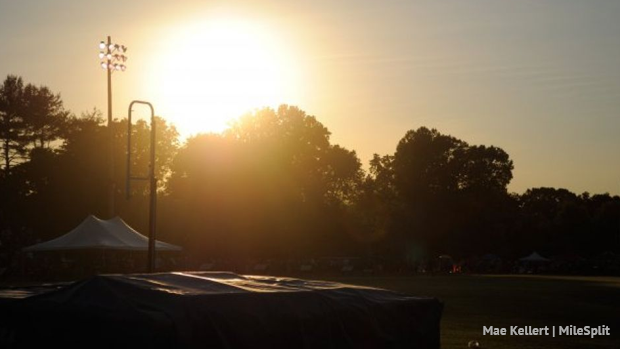 Throughout late April and early May, New Jersey colleges and universities track programs competed at their conference championships. From several locations across the Garden State to the Midwest and Southern United States, New Jersey universities and former high school athletes from the home state have shown incredible excellence in recent weeks.

The Rutgers University Scarlet Knights traveled out west to the University of Minnesota in Minneapolis to compete at the Big 10 Championships on May 13th and 15th. The men scored tenth as a team while the women were 12th place. Billy Hill (Franklin Class of 2017) came in fifth place in the 1500m with a time of 3:53.50.

On the sprints side, Nadale Buntin (Edison Class of 2018) was 7th in the 200m final with a time of 20.92 and Jameson Woodell (Hunterdon Central Class of 2019) ran a blazing 50.52 in the 400m hurdles during the preliminary section of the event. He went on to have a spot at finals and earned a new school record.

The Princeton University Tiger men's team took home the historic and elite Ivy League "Heps" championship team title at Yale University in Stanford, Connecticut. The women's team took third place as a team final. Abby Loveys (Randolph class of 2019) was 7th in the 5000m with a time of 17:26. Princeton's Kate Joyce was named field performer of the meet, after she won the javelin event easily.

University of Pennsylvania Senior Ray Sellaro (Northern Hunterdon class 2018) won a tactical 1500m race, with a time of 3:59 in the finals. In the throws, Princeton's CJ Licata (Gill St. Bernard's class of 2018) threw a bomb of 19.26 meters in the shotput finals to win the event.

On May 7-8th, the Metro-Atlantic Athletic Conference (MAAC) hosted their outdoor championships at Rider University in Lawrenceville, NJ. The meet had many highlights from former high school stars in New Jersey. Monmouth Sophomore Kevin Kevelier from Collingswood High School (class of 2020) was awarded most outstanding field athlete of the meet. Fifth-year thrower Danielle Steff from Rancocas Valley (class of 2017) won the Javelin event, while earning once again another spot at the NCAA Regionals.

Rider University's Sophomore Tamrat Snyder (native of Gaithersburg, Maryland) ran a blazing 1:47 earlier in the season, winning the 800m easily with a time of 1:49. Snyder will be moving onto regionals in Indiana while 5th year student Teagan Schein-Becker (from nearby Pennsylvania) of Rider University also tore up the competition, winning both the 800m and 1600m finals.

During the Rider meet, another native of Mercer County Mo Diagouraga (Trenton Catholic class of 2018) won the triple jump to also move on to NCAA Regionals with a mark from the season. Jersey City's St. Peter's University led by Track and Field all-time great Coach John Marshall had some strong performances. The men's team placed 2nd in the 4x400m, made up of Clardo Nestor, Quincy Hendy, Isaiah Sanchez and Michael Conover (all New Jersey high school alumni) ran 3:15.77. Junior Vernetta Gosier (Michael P. Thomas Charter class of 2019) earned second place in the 100m final with a time of 12.48. Val Augustin (Hamilton West class of 2020) clinched the third in the 110 hurdles in 14.78.

The Monmouth University men and women's track team won the championship as the highest scoring teams. Both teams have won the team title since joining the MAAC Conference in 2013. This was the West Long Branch school's last MAAC outdoor track championship, because as of July 1st, 2022, the university will be joining the Colonial Athletic Association (CAA), to be the only New Jersey school represented.

Not too far away and on the same weekend of May 7-8th, Stockton University, TCNJ, Ramapo College, Rowan University, Montclair State, Kean University, New Jersey City University, and Rutgers University's Newark and Camden gathered at the College of New Jersey's campus in Ewing, New Jersey for the iconic 2022 New Jersey Athletic Conference (NJAC) Championships. The TCNJ women's team pulled off the team victory, while Rowan University men's team dominated the team title with a final score of 300. This conference had many high school stars from all around the state; some familiar high school alums came from Jackson Memorial, Haddon Township, Absegami High, Cherokee High, etc.

Also, on May 7-8th, Georgian Court University in Lakewood hosted the Central Atlantic Collegiate Conference (CACC) Championships; and they were able to celebrate at home too because both the men's and women's team won the championships. The meet was another strong showing from New Jersey athletes. Caldwell University finished as sixth for the men's team while the women's team was ninth place. Felician University's women's team earned second place with a score of 78.

For the Northern schools, Stevens Institute of Technology in Hoboken and Fairleigh Dickinson in Teaneck competed on the weekend of May 7th and 8th. Stevens women's team were named the runner ups at second place while the men's team earned at MAC's (Middle Atlantic Conference) FDU traveled south to Mount St. Mary's in Emmitsburg, Maryland to compete in the Northeastern Conference (NEC); both the men's and women's team clinched fourth place at the end of the meet.