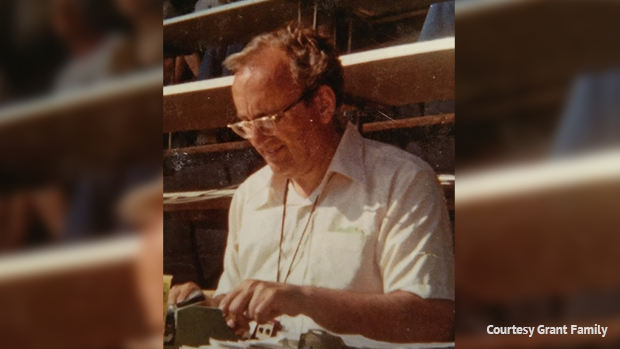 NJ MileSplit is proud to announce the Ed Grant Athlete of the Year Award. Starting this school year, the top high school age male and female athlete in New Jersey track and field and or cross country will be chosen by a committee to receive the honor and the accompanying plaque.

The award is named in remembrance of longtime track and field journalist and historian Ed Grant, who passed away in May of 2021 at the age of 94.

MORE: A Look Back At the Legendary Career of Ed Grant

Joe Battaglia, VP of Editorial at MileSplit, hopes this award will serve as a yearly reminder of Grant's impact on the sport.

"Perhaps no one individual has had a greater impact on the growth of track and field and cross-country in the state of New Jersey than Ed Grant. For nearly eight decades, Mr. Grant's measurable impact touched every aspect of the sport - officiating, coaching, meet direction, announcing, media and historical archiving. It is only fitting, and an honor, that the biggest award in New Jersey high school track and cross-country bears his name and that recognition of the current and next generation of athletes is intertwined with his legacy of unparalleled dedication and passion for the sport."

Ed Grant Jr., who will be part of the selection committee, had this to say about the newly created honor that is named after his legendary father.

"On behalf of his entire extended family, thank you to MileSplit for choosing to honor dad's career -- and the accomplishments of New Jersey's outstanding athletes -- with this award in his name.

"For five decades, his selection of All-Star teams and annual outstanding athletes was a task he took very seriously. Not everyone agreed with his selections, but all respected the great care he took in his selections.

"The first year he published the New Jersey Track Annual -- 1967 -- was so loaded with talent that he chose 4 athletes for the cover: Marty Liquori, Billy "Peanut" Gaines, Mark Murro, and Joe David. He might have added a fifth -- Barbara Friedrich, who set the open national record in the women's javelin.

"How appropriate to launch this award just weeks after two of Jersey's greatest-evers, Sydney McLaughlin and Athing Mu, both coached by good friends of Dad, were double Olympic champions."

How This Will Work