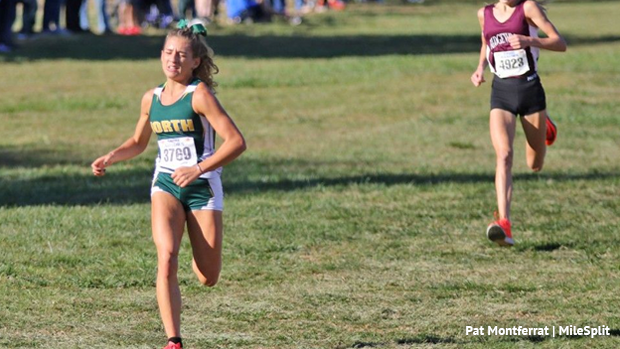 5:31 p.m. Time for something hot to drink. I really wish I had some of the homemade P-Burg Chili right about now!!!!

See you back at Holmdel next Saturday for the Meet of Champions-girls at 11 and boys at 11:45. Next week everyone can park at Holmdel Park!!!

5:26 p.m. I can tell you before I get ejected from the park that all the team winners are confirmed.

5:22 p.m. UPDATE ON RESULTS- The Rangers at Holmdel are closing the park now, so that means the timing company has to pack up and leave. So there really is no timetable for when the rest of the results/wild cards will be posted.

4:58 p.m. Best thing to do is to keep checking back for results at MileSplit because as soon as we get them they will be posted. But we have no idea when it will be. And as far as wild cards, that's going to take a while.

4:56 p.m. Getting lots of texts and tweets about the rest of the results and wild cards. Still waiting on Non-Public boys A, Girls and boys Group 2 and boys and girls Group 4.

3:15 p.m. JACKSON BRADDOCK OF SOUTHERN WINS GROUP 4 in 15:49! Defending champ Ethan Wechsler of Cherokee charges hard and crosses 2nd in 15:51. Looks to be close between Cherokee and Cherry Hill East and  North Hunterdon for the team title.

2:50 p.m. ATTENTION HADDONFIELD FIRE DEPARTMENT- GET READY TO GET THOSE ENGINES FIRED UP BECAUSE THE HADDONFIELD BOYS JUST WON ANOTHER STATE TITLE!!!!! TIME FOR ANOTHER VICTORY PAARDE!!!!

McGill is the first state champ since the great Lanie Thompson won her third straight title in 2008. Thompson won 2 M of C titles during her legendary career.

12:50 p.m. UPDATE ON RESULTS - I KNOW EVERYONE IS WONDERING WHERE THE RESULTS ARE!! I feel your pain. There's an issue that's causing the times not to register properly, so there is a chance we won't be getting results of some of the earlier races until after the meet. Sorry, I'm just the messenger!

12:00 p.m. Girls A race is off. RBC and Nicole Vanasse of Pingry are the defending champs.

10:30 a.m. Boys Group 1 is on the course. Sebastien Reed of Pitman and Haddon Township are favored to repeat.

10:20 a.m. Looks like Middletown South is going to win the girls Group 3 title. It's the first title for the Eagles since 2002.

9:15 a.m. 15 minutes until the first gun-Girls Group 1 gets things started. Corina Vidal of Henry Hudson is favored to win her 2nd straight title. Defending champion Mountain Lakes will once again be without No. 1 runner Sophia Lore.

8:35 a.m. Hey NJ XC fans, I'm here parked at the finish line ready to give you all the action as I get it. It's chilly and very windy-big headwind at the start!!!!  This wind will be a major factor all day!!!

An XC marathon of state championship races starts with the girls Group 1 race at 9:30 a.m. here at Holmdel Park!! There will be a race every 30 minutes.

Live updates will be filled in under the header.

The Meet of Champions (next Saturday at Holmdel) is a great day, but it comes and goes way too fast. Nothing compares to the State Group Championship because of the never ending drama that plays out over the greatest XC course there is for six straight hours of racing!!

The Group Championship meet is NJ XC's Mardi Gras!!!! Nothing better than seeing fans running all over the course screaming, blowing horns, banging drums, and many students/fans are always decked out in war paint and dressed in crazy costumes as they show off their school spirit!!!

When the day is done at NJ's XC Cathedral - 24 state champions will be crowned (12 teams/12 runners per gender). It was like the night before Christmas when I was kid last night-no sleep!!! Way too jacked up to keep my eyes closed!

QUICK REMINDER- THE BIGGER THE MEET AND MORE EXCITED I GET, THE MORE I TYPE IN ALL CAPS!!!

TODAY IS ONE OF THOSE DAYS!!!

GET UR ALL CAPS ON!

GOOD LUCK TO EVERYONE COMPETING!!!!

Just a heads up-The Wi Fi at Holmdel Park can be very spotty, so there is a chance that I will lose my connection at times today. I know how much you are relying on these updates, so I will be doing everything in my power to get you the latest info as quick as I can.

HEY XC FANS-DON'T FORGET-  If you are coming to Holmdel Park for the meet, remember the parking rules-Parking for the Group Meet for both athletes and spectators will be at the Vonage facility, located on the corner of Route 4 (Holmdel Road) and County Road 520 (Newman Springs Road). Note-There's limited handicapped parking at Holmdel Park. Use lots A and D at Vonage. Shuttle buses will pick you up inside the lots on the road that circles the lots. This is the same procedure used last year. Spectators will be asked to pay a $1.00 bus fee to help defray the cost of the shuttle buses. This fee will be collected at the Vonage parking lot only.

ONE OTHER THING TO REMEMBER- The top 2 teams in each race will advance to the Meet of Champions and eight wild card teams per gender will advance.