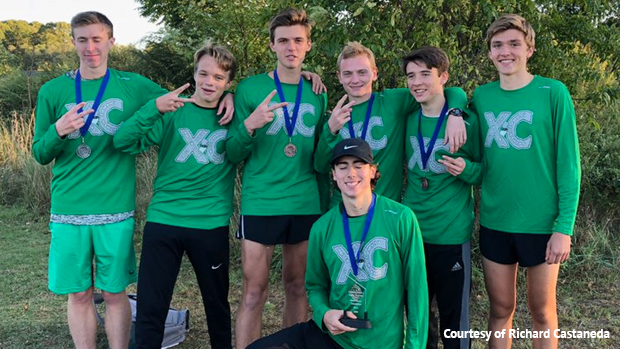 Collingswood's Sophie Steidle continued her breakout sophomore campaign adding her seventh win of the season with a 19:57 run, just under thirty seconds ahead of the field.

After Steidle's individual win a major team battle took place between Cherry Hill East and Haddonfield, a battle that would take up 12 of the top 15 places of the race. Starting off each squad was Sarah Pierce of Cherry Hill East second at 20:25 and Allison Colflesh of Haddonfield third 20:33.

The score was tied at five points through the first two scorers but then Haddonfield's three through five finishers each out ran Cherry Hill East to give them the victory 25 points to 30.