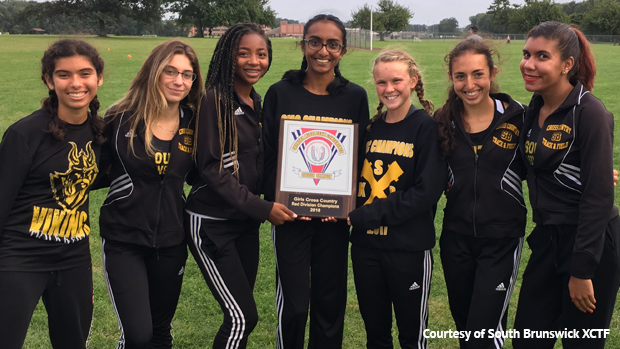 The NJ #10 South Brunswick girls, led by individual winner Nikhila Obbineni, broke a course record on the way to a decisive victory, and the Old Bridge boys won a great three-way battle at  the Greater Middlesex Conference Red Division Championships on Monday at Thompson Park in Jamesburg.

In the girls race, Obbineni ran a PR of 19:07.8 to lead South Brunswick to a 1-2--3-4- 14 finish and a Middlesex County course record average of 19:50.5, which broke the mark of 19:51.6 that the Vikings ran at the Central Jersey, Group 4 race last November. The Vikings ran away with the team title, 18-77 over runner-up Monroe, and will be heavily favored to win its fourth straight title at the GMC Championship meet next month. 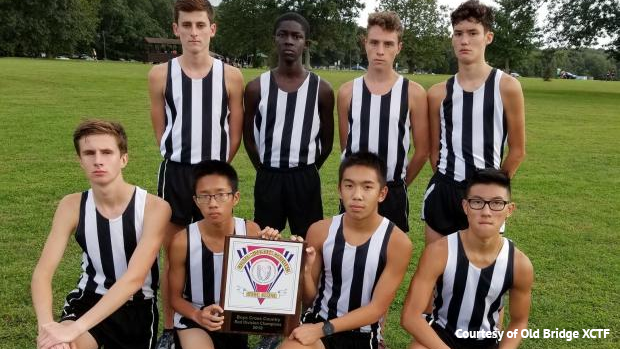 In a battle between the top two returning finishers from the GMC meet last year,  Reyden Davies of East Brunswick , third in the GMC meet  last October, ran 16:35 to win the individual title by 10 seconds over runner-up Brandon Diaz of South Brunswick, fifth at the 2017 GMC Championships.

Judging by the results from this meet, the GMC Championships on Oct. 20 at Thompson should be a thriller. Last year, the South Brunswick boys won with 72 points. east Brunswick was second with 84, Old Bridge third with 87, and Metuchen was fourth with 96.