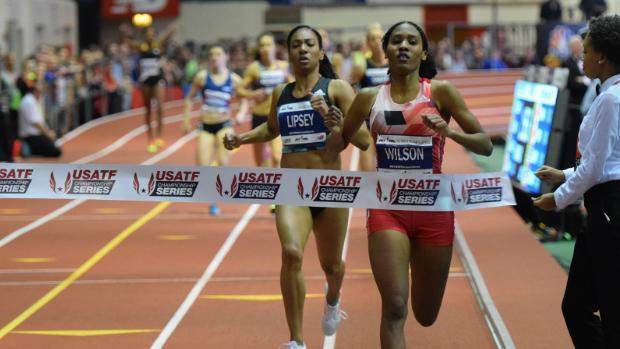 On the women's side, Ajee' Wilson (Neptune High School) will run the 800, and Marielle Hall (Haddonfield High School) and Sarah Pagano (Immaculate Heart Academy) will both run the 10,000.

Wilson, a 2016 Olympian in the 800, ran an American 800 record of 1:55.61 in Monaco last summer. She was second at the Indoor World Championships this past March, and placed third in the 800 at the 2017 World Outdoor Championships.

Thompson, the No. 16 javelin thrower in U.S. history, won the US National javelin title with a throw of 249-3 this past June in his first competition in almost a year. He red-shirted this past year. In 2016, Thompson won the NCAA championship for Mississippi State and placed second at the Olympic Trials with a PR of 271-11, the No. 2 throw in Olympic Trials history.

On July 27, Morris leapt to a world-leading vault of 4.95m/16-2.75 just five centimeters shy of her personal best. Harrison, the 100m hurdles world record holder, hurdled her way to an event world lead of 12.36 at Diamond League in London.

Price (Moscow Mills, Missouri) currently holds the third best throw of 2018, which was her American record 256-03 at the USATF Outdoor Championships in Des Moines, IA. The American record title has bounced back and forth between Price and Gwen Berry during a season in which the two ladies have joined the world ranks in the hammer throw.

Here is the complete U.S. roster, which was provided by USATF.