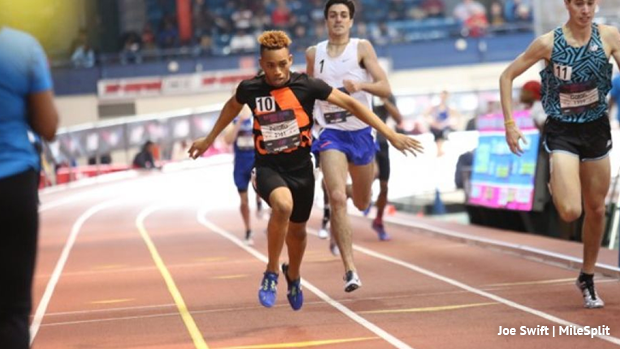 In the 800, Peralta, a junior at Passaic, and Dolan, a junior at Hopewell Valley, pushed each other to county records in an unseeded section.

Shore Regional's Maher, Chris Romero of Voorhees, and Pt Pleasant Boro's Hart also came up with the best times of their careers to in the mile and two-mile, respectively.

In the mile, the Penn State-bound Maher, the M of C 1,600 winner last month, dropped a 4:11.10, No. 9 in state indoor history, to place fifth, and Romero ran a Hunterdon County record 4:13.66 to finish eighth. Romero missed All-American status by just two places.