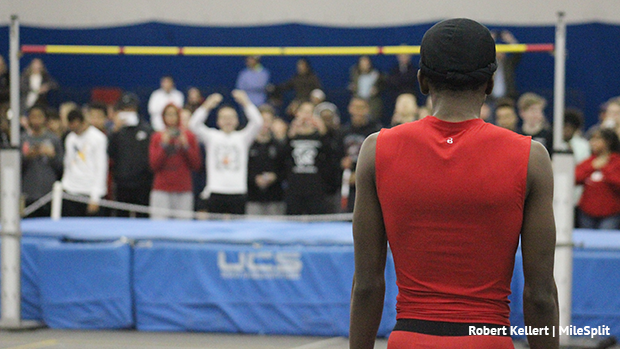 Three boys in this field have gone over 6-07 or above this season and that would include: Mark Anselmi of Middletown South and Jadon Watson of J F Kennedy Paterson at 6-08 as well as Chibundu Nwanonyiri of Franklin Twp over 6-07. With that said the only two to clear 6-06 over Groups weekend was Davensky Joinvilmar of Asbury Park and Soham Kolli of Randolph. Keep an eye over at that high jump pit, with the heightened competition and close field this could lead to some great jumping and exciting PRs ahead. 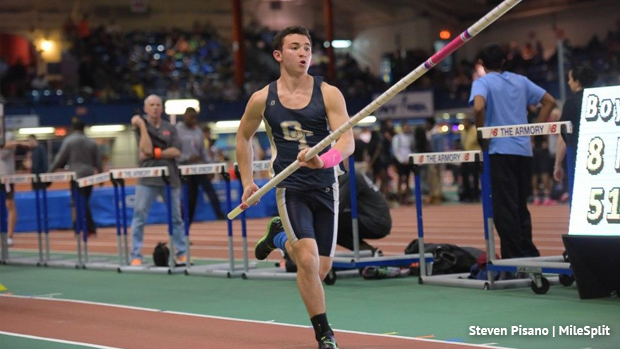 This is building up to be an awesome showdown and a showcase for New Jersey's return in the pole vault event. Four guys are now over the 15-00 bar this season and they will all square off on Sunday for the state Meet of Champions title. That includes the defending champion Seth Kricheff of Old Tappan who won last year's title with a 14-06 vault.

This season he was the first to clear 15 feet indoors for New Jersey since 2014 season it seems he broke the seal as a few of his peers followed suit.  He and teammate Tyler Hrbek lead us out of Groups weekend at 15-00, could one team go 1-2 in the vault at MOCs? Simon Schenk of Princeton and David Bausmith of Hunterdon Central have also gone over 15 this season. Schenk is a sophomore, the only one out of those four that isn't a senior.

Liam Landau of Pascack Hills, Conor Reilly of Union Catholic, Nico Morales of Delsea all looking for PRs this weekend in order to contend for the title. 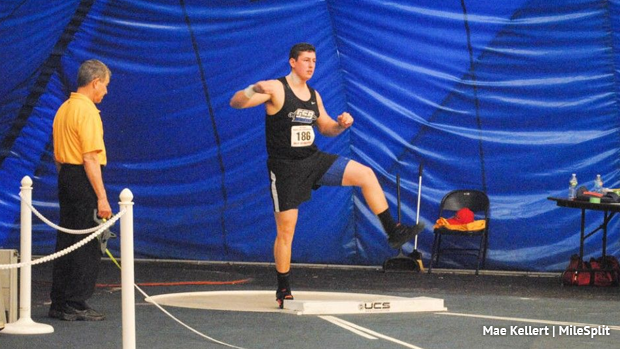 It'll take a great throw but also in contention for this title or to at least medal well is Brandon Patterson of Union Catholic, Bill Goldsborough of Delsea, Dan Mead of CBA, Asim Greene of River Dell.  Patterson seemingly had an off week placing third at Group Champs with a 52-03, but he was right back to tossing 57s at Eastern States Championships where he won on Tuesday.