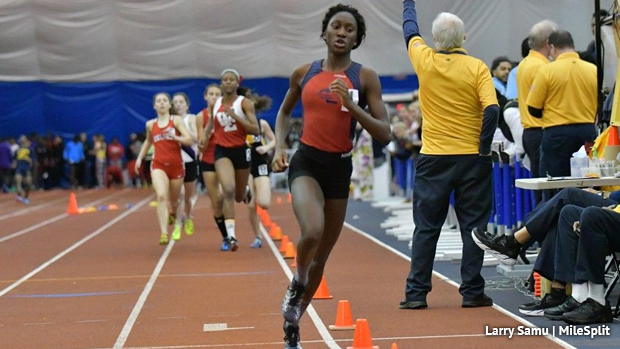 Victoria Vanriele returns for her sophomore Meet of Champions appearance as the defending 800m champion. The top seed coming in from Groups by almost four seconds and with faster times outside the state tournament this season. The Governor Livingston star won last year as a freshman and appears to be in solid shape for her next title. She broke Ajee' Wilson's venue record of 2:10.45 at Sectionals when she ran 2:10.27. That time from Wilson is still the Meet of Champions meet record and could go down this weekend if Vanriele goes after it.

Athletes with plenty of experience Essence Baker of South Brunswick and Kaitlyn Van Baalen of Ridge are two great talents ready to step up to the opportunity as well. And we have two or three freshman vying for medals with Kelsey Klein of Bernards, Ryan Davi of Pingry, and Amanda Mircovich of River Dell to keep an eye on. 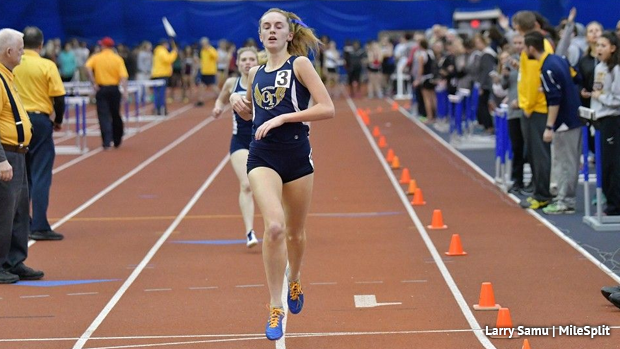 There are multiple girls in this race that have been producing top performances for seasons and it is hard to believe none have an individual Meet of Champions title. That will change after this weekend.

Caroline O'Sullivan of Old Tappan the top seed coming in with her 4:55.94 NJ#1 from Group Championships. She is running really well right now and already won a head to head match-up last weekend with Madison Brand of Middletown South NJ#2 at 4:57.30. That Group 3 championship race was the first time O'Sullivan and Brand went under five minutes in the 1600m indoors. Brand was fourth at last years MOCs in this event.

Juniors Ellie DiMarcello of North Hunterdon and Abby Loveys of Randolph are the top returning girls from last years race having placed second and third behind 2017 graduate Briana Gess of Haddonfield.

Loveys has been running on a mission this state season, she won the Group 4 at 5:00.95 and doubled back to win the 3200m state title at 11:01.81. DiMarcello must have some extra motivation heading into MOCs as a top seed once again, as a sophomore in 2017 she was second at both the indoor indoor and outdoor meets by a combined time of just .01. She's had some strong performances this February leading into this meet.

Shelby Piccinic, Devon Hoernlein, and a list of girls from there all within striking distance if the race goes their way. 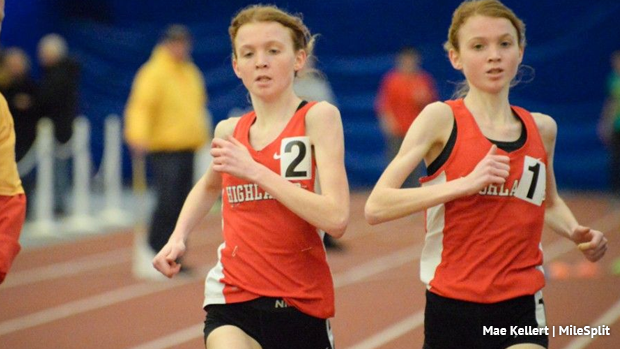 Monica and Isabel Hebner of Northern Highlands have traded wins this state season as favorites heading in, junior Amanda Stone of Monmouth Regional has emerged as a strong contender. Corinne Barney, Emily Levonas, and Nicole Vanasse continue to show they are developing into elite runners. Abby Loveys has been doubling great times all month. Sophomore Nicole Vanasse of Pingry won the NPA title handily and was third at the cross country MOCs meet this past fall.

Plenty of talent ranked for this race ready to make moves, the clear top seeds being the Hebner twins with US#7 and #8 10:40 times from Sectionals.