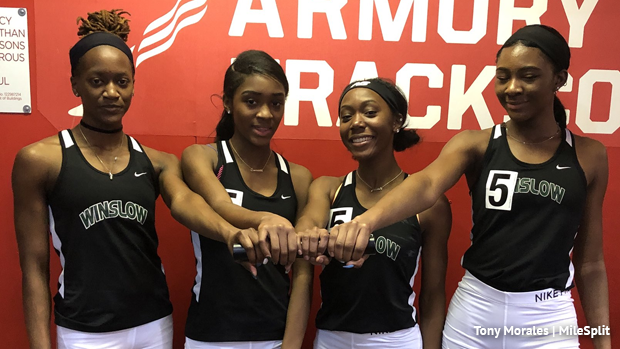 Union Catholic is looking to keep their three year winning streak alive ranked NJ#3 at 3:56.97 on the season they ran 3:59.01 last weekend to win the NPA Group championship. They'll have to go through a talented Winslow Twp squad to do it though, Winslow unleashed their top talent last week to run 3:57.36 to win Group 3 and they are NJ#1 this winter thanks to their 3:54.99 from the Millrose Games.

Rumson-Fair Haven made a case for themselves winning Eastern States on Tuesday running 3:56.85 to crack the top 20 nationally and move up to NJ#2. Woodbridge, West Essex, Egg Harbor Twp, Ridge, and Ramapo all in the mix as well. 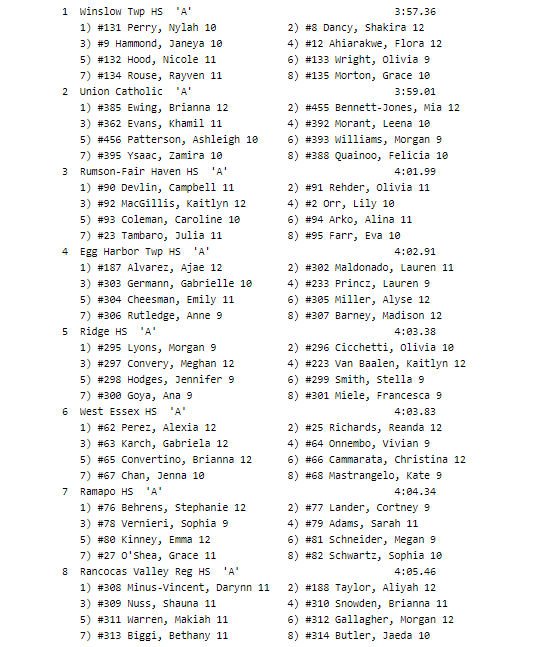 This one is always hard to preview going in with variables in the mix such as if certain athletes are concentrating on individual events, if a B-team is going to run. But Union Catholic is looking strong going in as the top seed and ranked NJ#1 this winter with a 9:13.90 from the Millrose Games. UC also has the fastest time at the Bubble this season with their 9:41.47 back at the State Relay Championships.

Ridge is ranked second, they won the inaugural indoor 4x800m showcase last year. With a strong history in this event this school has won the outdoor 4x800m title at MOCs the past three seasons as well. They are NJ#2 at 9:16.56, having won Tuesday's Eastern States.