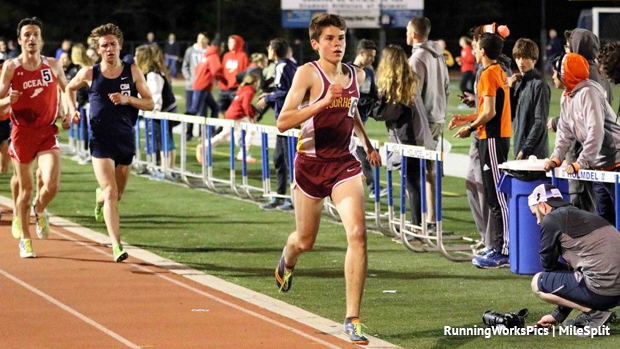 Q. You ran some huge PRs in the spring. How are you feeling about this season knowing that you can compete at the highest level?

The main thing is taking the momentum-I want to stay as healthy as I can. I'm always looking for ways to improve my training. I definitely want to have a cross country season comparable to my spring track season. Outdoors I led a lot of races, but I think cross country will be a little different. I don't want to lead a whole 5k and just have everyone draft off me the whole time, so I want to get out with the top pack and kinda sit back until I feel it's the right time.

Q. You and Devin Hart may have a chance to break the group 2 meet record. Are you looking forward to racing him?

Being in the same group as Devin will be fun. We've had some great battles and I'm really looking forward to seeing him again. I also always look forward to racing Ray Sellaro and Justin Cornetta. We live really close to each other and we have most of our races together, so we've stayed friends for all of high school.

Q. What are your top college choices as of now?

UPenn is a place I'm really serious about. I'm also going on officials to Columbia and Georgetown. I'm also considering some other northeast schools, like Syracuse and Princeton, but Michigan is the only distant one on my mind

Q. Where do you want to be at the end of the season?

Our team is hoping to win a third Group 2 title, and I think winning groups and MOCs are my biggest goals as a senior. I mean, Devin will be in both those races, so he'll make it tough. I don't usually pay attention to time besides Holmdel because I feel like that's what you'll be remembered for, so I want to break 15:30; it's a tough time, but it happens. 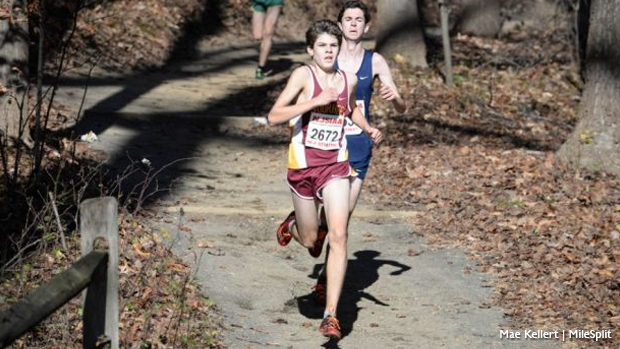 Q. How are you training this summer?

I took 2 weeks off after New Balance and last week was lower mileage, but we want to build up as the summer goes on. In the coming weeks, we'll start working out on our track and at the state park [Voorhees State Park] right next to our high school, which is a really nice place to run.

Q. When are you opening up your season?

We'll start up at the Cherokee Challenge, which is nice to mix things up and not run the 5k for once.

Q. Did you lose any senior training partners?

I've been lucky to have a pretty good team throughout high school, so I have got a couple teammates to push me. I don't like running alone at all unless I just want to be alone with my thoughts, but that's not too often. Even if my teammates aren't there, we always have alumni that are running at the state park or on the nearby Columbia trail, so I've got plenty of people to train with.

Q. What is your most difficult workout?

The week between conference and sectionals we'll go to Holmdel and do really fast bowl repeats, so that's the hardest workout for me. Its generic because I feel like everyone has a special place in their hearts for Holmdel Park-it's part of the history of New Jersey running-but I would have to say it's my favorite course. We run a lot of courses where there is always a big hill right before the finish, so that's kind of miserable. I like how at Holmdel, after the bowl it's kinda smooth sailing.

Q. You have the fastest PR at Holmdel [15:57], but it was from your Sophomore year. However, you ran 16:13 there last year. What can you tell us about those two seasons?

Sophomore year, that race was the hardest race of my life. I really went to my absolute limit in that race. But last year, at the beginning, I was having great progress; I was a little faster at all my races than the year before. Once we got into championship season I hit a wall. I  never dropped out of any races because that's not something our team wants to do, but I just felt awful in races and I didn't know what it was because I didn't have a physical injury. I took too long to do it, but I got my blood tested in winter and I had pretty low iron. I feel like I should have known that, because it's a pretty common thing when you are running slow and you don't know why. But in the winter I took some time to recover, and spring it felt really good to come back and finally have a good season.

The XC Countdown is a series of interviews previewing the 2017 cross country season brought to us by Jordan Brannan, a two-time winner of the Indoor Meet of Champions 3200 meter.  He'll be joining NJ MileSplit for some summer cross country coverage. Brannan graduated from Colts Neck this past spring and will be attending Iona College this coming fall. - Robert Kellert