Not long after the Ridge, NJ girls won their national title the Egg Harbor Twp boys took to the track to make their own history and completed a New Jersey sweep of the 4x800 meter relay. With a time of 7:48.92 they took the win and held off a valiant comeback effort from the St. Benedict's Prep boys in second running 7:50.48.

This is the first time a New Jersey squad has won the boys 4x800 meter at New Balance Nationals Indoor. The Egg Harbor Twp squad and splits: Robert Dessoye (2:00.05), Alex Dessoye, Aidin Hendriks (1:55.89), and Eric Barnes (1:56.58). All seniors who have come up together with a great close to their last high school indoor season.

We mentioned they had to hold of St. Benedict's Prep, their anchor Alfred Chawonza closed with a ridiculous 1:51.16 to move into second and less than two seconds off Egg Harbor Twp. The first three legs on that Prep squad: Ronald Kigen 2:05.57, Byron Simmons 1:55.12, Adrian Ceballo 1:58.63.

Congratulations to both these Garden State squads going 1-2 at Nationals. 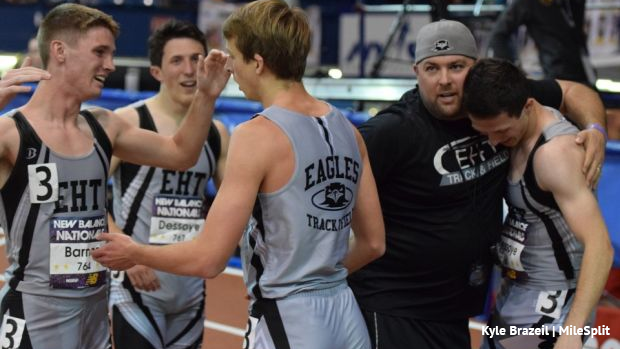 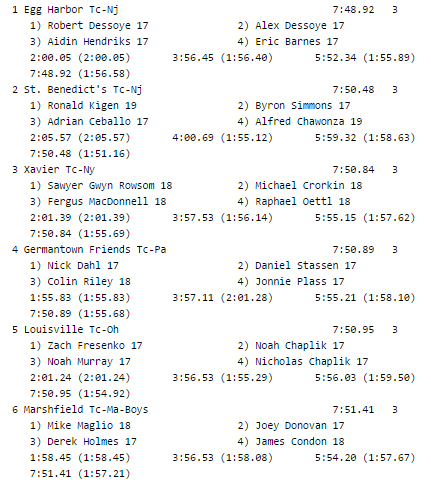