On Saturday morning a HUGE meet took place in Toms River. The Group 4 NJSIAA Relay Championships filled the John Bennett Indoor Complex to the brim with 61 teams registered to compete.

The boys meet was a battle between Hunterdon Central, Rancocas Valley, and Trenton Central all of whom were separated by 1 point heading into the final 4x400 meter. Those teams went 3-4-5 in the event with Hunterdon Central in third at 3:27.71, effectively clinching the school's first boys state relay championship.

Hunterdon central won two events, setting the tone early was their victory in the shuttle hurdles when they upset the NJ#2 ranked East Orange Campus boys at the line with a 30.43 NJ#3 to East Orange's 30.52. The other win came in the field when David Bausmith and Ryan Epple cleared 13-00 and 12-00 respectively to win the pole vault relay. You can hear more about their team title in the interview above with the shuttle hurdle team that got the points rolling early. For their full team performance breakdown see here.

There was a great race in the sprint medley relay involving two heats. Rancocas Valley 3:34.86 NJ#2 US#5 and Old Bridge 3:35.04 NJ#3 US#6 fought it out to the line in the final heat, however those fast times weren't enough because in the heat before Trenton Central had already toasted the track with a 3:34.50 NJ#1 US#3. That is fourth all-time at the Bennett Indoor Complex track.

For the girls team championship it was a battle early on between South Brunswick and Randolph but by the end of the meet it was well in South Brunswick's favor scoring 48 to 36. This is their third straight and fourth overall state relay title.

Along with plenty of top six finishes they won two events, one on the track and one in the field. The track win was the closest finish of the night in the shuttle hurdle relay where they ran 32.50 NJ#2, just out leaning Randolph at the line by .02! Randolph also improved to NJ#3 with their 32.52. The field victory came during the high jump when Courteney Campbell and Sydney Schneider both cleared 5-04 to lead the meet with 10-08 of total height.

The team also had great second place performances in the sprint medley with 4:15.53 NJ#3 US#12, and the 4x400 meter running 4:09.71. For their full team performance breakdown continue through this link. 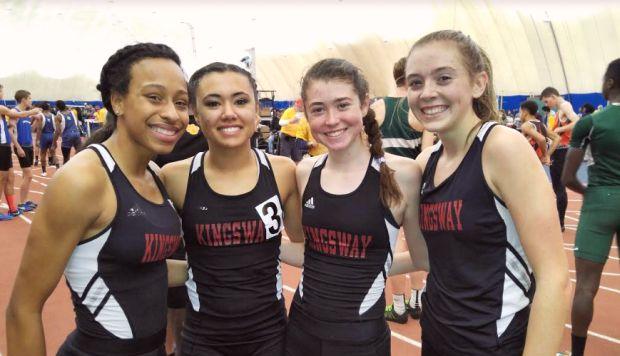 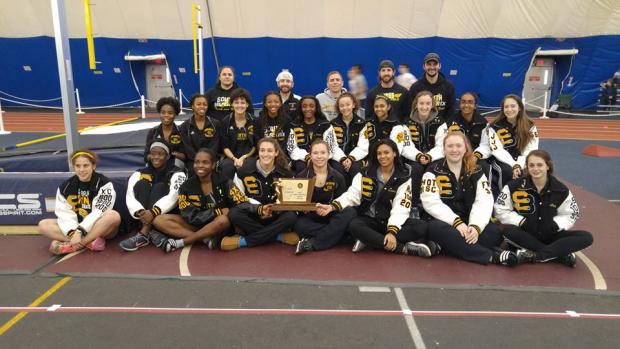 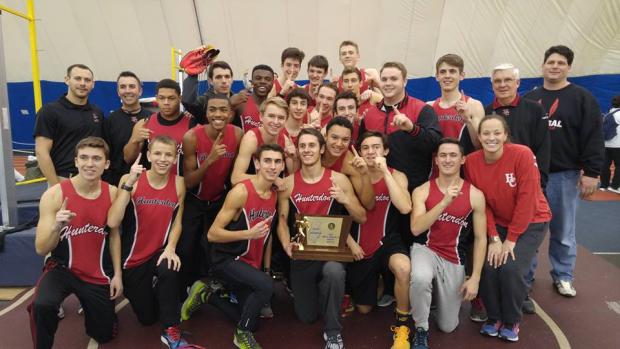