Acasio Pinheiro, who starred at The Wilberforce School as a freshmen, has transferred to Princeton High School.

First reported Wednesday afternoon by Jim Lambert, NJ Advanced Media, Pinheiro will be allowed to compete for Princeton after sitting out the first 30 days of the 2016 cross country season. He will be a sophomore this fall.

In 2015 Pinheiro finished 56th overall at the fall Meet of Champions, the first among freshmen boys, running 16:47. His Holmdel best of 16:40 was recorded during a rainy Shore Coaches meet where he placed 5th in the Varsity A1 Division. He also placed second in the Non-Public B State Championship race after dueling with Bill Massey of Montclair Kimberley Academy, as shown in the video above running 16:54. 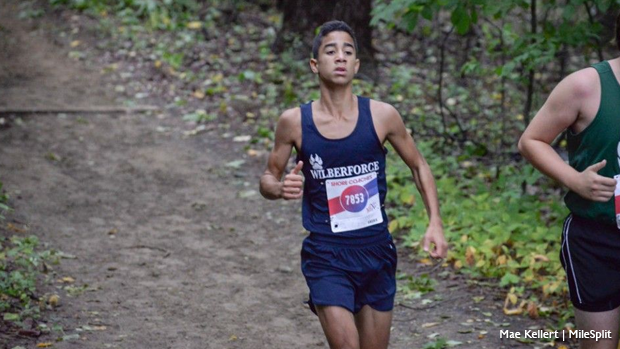 If you have transfer news of your own to report or any story lines heading into the season please contact rkellert@milesplit.com.