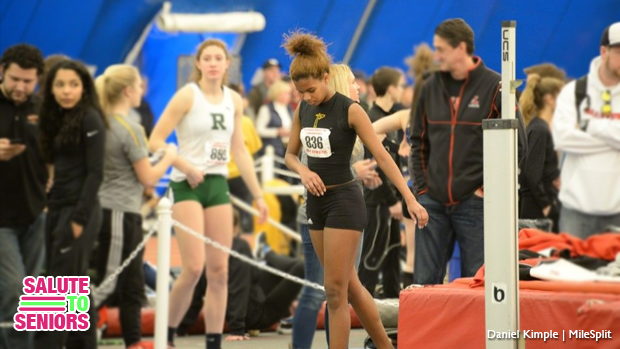 Here is the next entry in our new series on NJ MileSplit, with so many seniors heading off to bigger and better things we wanted to give everyone a chance to salute them one more time. As well as to invite those seniors to tell their stories from the past four years. If you would like to partake in these articles here is how, we'll be posting all June and July as they come in.

We've had a bunch submitted already! We'll be releasing them more often going forward thanks for sending in your stories and keep an eye out for when your answers publish.
Today we have a submission from Tasha Bethea from Piscataway. She was tied for NJ#6 this past indoor season with her height of 5-4 that earned seventh at indoor MOCs. Over her high school career she had four Group Championship individual appearances and two Meet of Champions individual appearances.

What was your most memorable moment?
My most memorable jump was at Indoor Meet of Champions 2016. That was my first time clearing 5 feet 4 inches in high jump which tied our school record. That was the most memorable because that was a goal my older sister (Traci Bethea) had for her 4 years at Piscataway and when she didn't do it , I knew I had to do it for her. It was a long time goal for me and for it finally happen meant a lot to me.
Who would you consider your biggest competition over your four years?
My biggest competition over my four years had to be South Brunswick. Our schools share the same colors so it was an automatic rival. South Brunswick never fails to have a strong team and so does Piscataway. The rivalry will forever be a tradition at Piscataway.
What was your greatest accomplishment?
My greatest accomplishment was when I got my first Spring Track All Red Division certificate! I got it when I was a sophomore , that's when I decided to take track a lot more seriously. I didn't think others were really paying attention to me , but when I got that certificate it opened my eyes that I had potential to develop into a top athlete in our county.
If you could do it all over again what would you change about your running career in high school?
If I could do it over again , I would of listened to my older sister when it came to high jump. She was a senior and I was a freshman. I was forced into high jump because of my sister. Every time we had high jump practice I would just sit there. I really didn't take high jump serious until my junior. 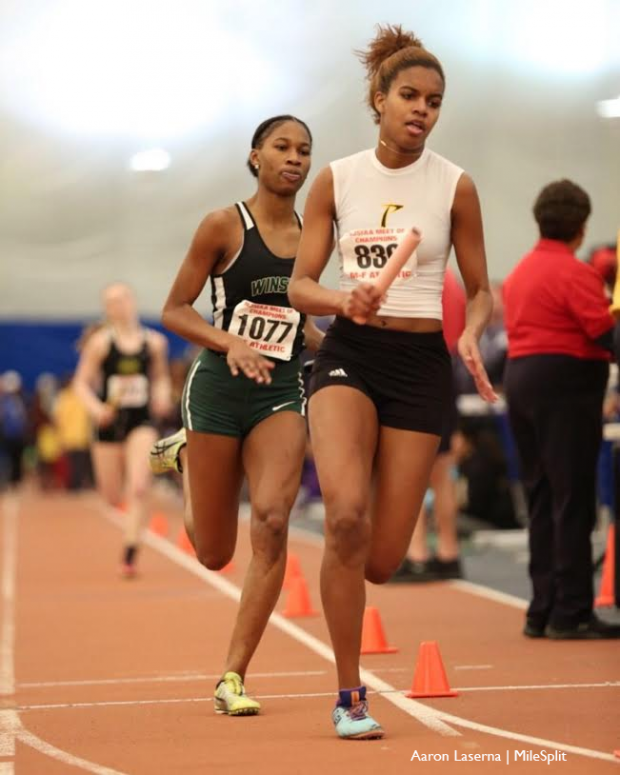 What were the most difficult obstacles you had to overcome?
The biggest obstacle was the recruiting process. I was asking tons of alumni questions on different schools and coaches. I was really stressing myself out because all my life I thought I was going to be playing tennis in college , so when opportunities for track came along , I was overwhelmed. I was worrying so much about college I couldn't focus on finishing my high school career the way I wanted. I had a lot of slow times early on the Indoor season because my head wasn't in the game.
What will you miss the most?
I will miss a lot of my friends that I made from other teams. I was never the type to just sit under the tent and wait for my race. I was always talking to new athletes and sometimes coaches.
What advice would you give to younger athletes?
The advice I would give to younger athletes is to just work hard. It really pays off in the end.
What influence has your coach had with respect to your performance and overall life goals?
Coach Brunson has watched me grow from an athlete who would choke and cry at meets to a leader on the team. I told him my goals early on and he would constantly push me but it helped me reach those goals.
What are your college plans?
In the fall I will be attending and competing at Rowan University in Glassboro New Jersey with my older sister Traci who is currently on the Women's Track Team as well. Rowan has a powerhouse program and the freshman class coming in very talented. My focus for indoor season will be 400 , 800 and HJ and Outdoor I will be competing in Heptathlon. My major is Music Business with a minor in Music with a concentration of composition.
Who would you like to say 'thank you' to?
I have too many thank you's to list but I will start with my mom! She traveled to every meet even if I was only running the 4x4 , also i'd like to thank my grandfather for constantly cutting out articles on different athletes in New Jersey and different readings on how to avoid shin splits etc. I would like to thank my older sisters , my god parents , my grandmother , Rosa , Sydney , George , Shaina , Tristian , Ryan , Semaj , Darius, Piscataway Athletic Directors , Coach Buccino , and Coach Brunson.
Is there anything else you'd like to add?
Its been a long road and I'm extremely excited to continue competing at the collegiate level and I cannot wait to see what success that brings!

If you would like to partake in these articles here is how, we'll be posting all June and July as they come in.