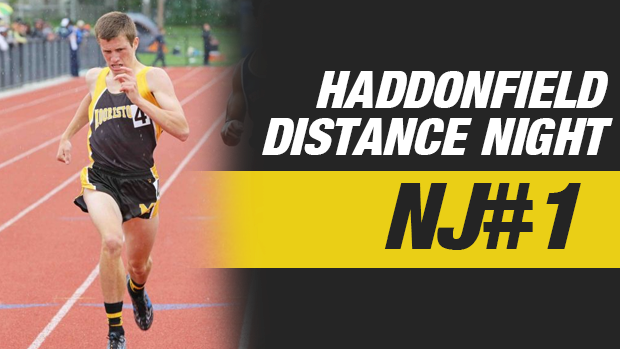 Kevin Fox of Moorestown who had a personal best of 1:57.15 recorded on MileSplit heading into tonight is now the NJ#1 800 meter runner in the state after his 1:52.60 explosion at Haddonfield's Distance Night. (Picture for above graphic by RunningWorksPics)

Still only a junior Fox's magical run broke Moorestown's school record of 1:55.4 set in 1963. He has come into form at the right time with the start of state season less than a week away, showing a new contender is in the mix. Fox led a very quick race where eight boys went sub two minutes, Greg Pelose of Haddonfield also broke his school record running 1:53.25 NJ#3 for second.