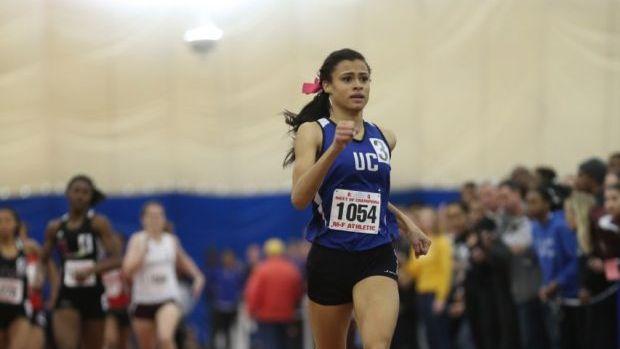 Photo of Sydney McLaughlin at the NJSIAA state meets by Aaron Laserna for MileSplit.

She did run already this season during a 4x400 Meter relay back on January 30th during the Union County Relays. The Union Catholic squad set a NJ#1 time that day of 3:58.90.

McLaughlin has a best of 53.72 indoors ran last season at the NJSIAA Meet of Champions. As full results and more information come out we'll update!

Meanwhile check out her career stats so far!