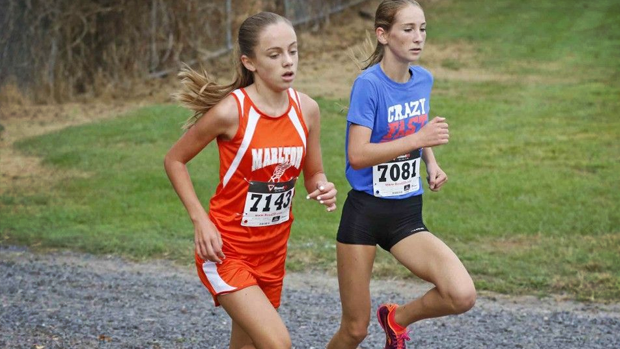 *The leaders only include results I was able to find and record, if you know of middle school meets that recorded results contact me or have them sent to rkellert@milesplit.com. 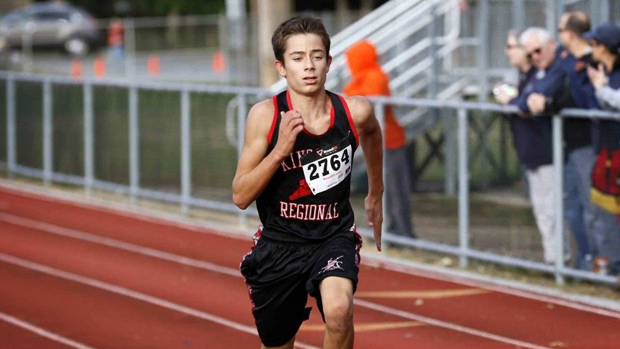 The above picture shows Daniel Curtis of Kingsway who recently won the 2500m at the South Jersey Open running 8:41 (Watch Here!). Bradley Schultes of West Deptford MS leads the state's most heavily ranked MS event, the 2400m, with an 8:03 which he ran to win in week 4 of the Colonial Conference meets.

The highest placing returner from the 2014 boys championship is Harrison Vives of Mendham Twp MS, he placed fifth with a time of 10:25. Vives has been finding success running in the Lakeland Junior League this season. 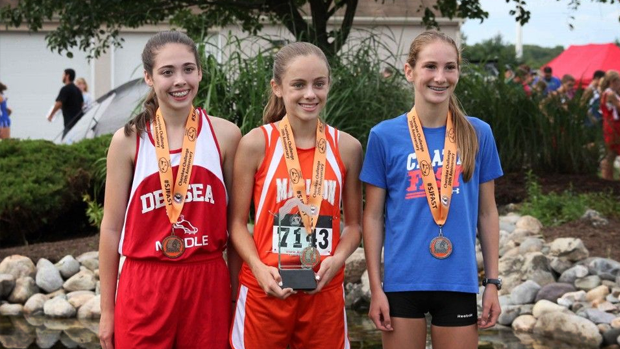 Kate Rathman of Marlton (pictured above center) has been taking the state by storm going undefeated so far this season. At the top of the article she is pictured winning the Cherokee Challenge 2400m with 8:39. She placed 7th at the MS Championship meet last year and could be a huge contender this time round. On the right Gabby Carbonara of Franklinville TC and QuickSilver TC finished second at the Cherokee Challenge right after Rathnan clocking in at 8:46. To the left in the above photo is Delsea MS' Carly Nicholson who placed third at Cherokee with a time of 8:53.

The highest placing returner from last year's championships was Regan Hakes of Mountain View MS, she ran 11:34 to place second in 2014. The only time we've seen her results wise this year was a second place finish at the Greater Morris County Junior Class Meet where she ran 10:21 for the 2600m.

Check out the All-Time Championship Lists 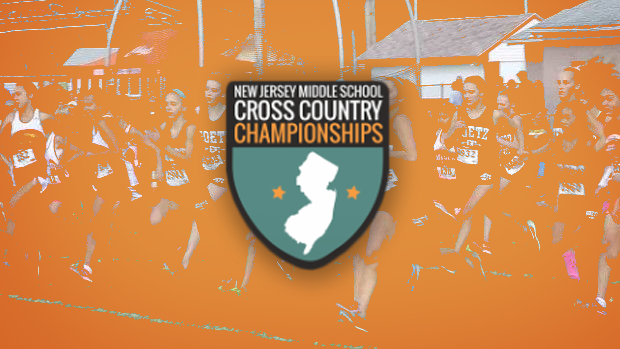 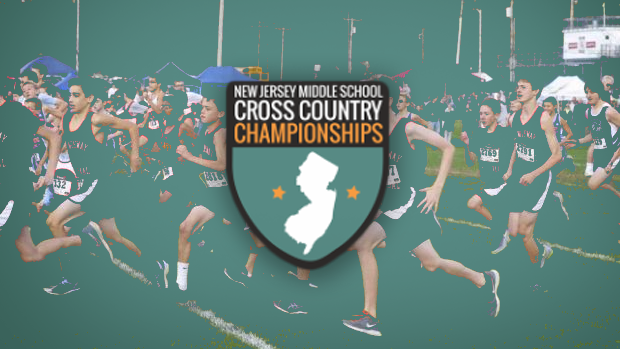