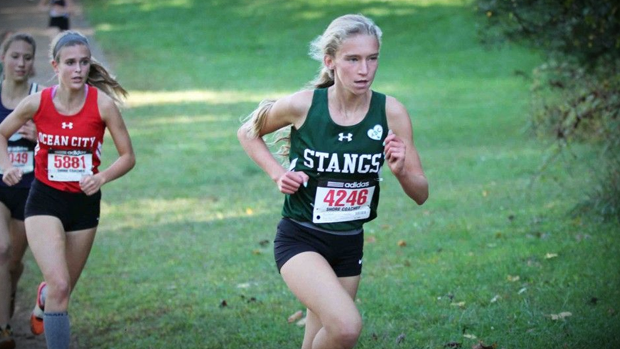 The girls varsity race was a landslide in favor of a freshman and her team. Mainland Regional's Alyssa Aldridge won the Atlantic County Individual Championship with a time of 17:07! A 48 second lead in front of the rest of the field!  Behind her in third was senior teammate Emma Bean with a time of 18:05 and also scoring in the top ten was Kelly Glenn in ninth with a time of 19:07. Rounding out the top five for Mainland was Klea Kalia in 13th with 19:36 and Sol Cortes-Gonzalez in 19th with 20:16.

When it came to the boys race we had another heavy lead in the individual category. Vincent Del Conte of Egg Harbor Twp won with a time of 14:58, which was 16 seconds ahead of the rest of the pack. Egg Harbor Twp won the meet as a team as well but it didn't come easy as Pleasantville gave them a run for the title. The final score only came out to 51-61 Egg Harbor after great efforts by both teams.