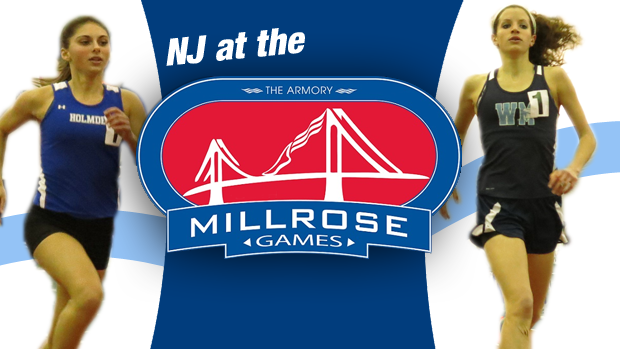 Some great performances already for NJ. Torie Robinson of Winslow Twp rips a 7.06 in the HS Girls 55m Dash for 2nd place!

Torie Robinson of Winslow Twp takes 2nd in the HS Girls 55m Dash at the Millrose Games with a 7.06! She currently leads NJ with a 7.03.

The Columbia girls are at it again! US#1 State Record time of 1:38.99 in the 4x200m! Taking first in the Eastern HS Girls 4x200m race. "Columbia said the national record was on their mind, but the race stayed tightly packed"- Kyle Brazeil of MileSplit NY

Olivia Baker ran with the Elite women during the AT&T 300m dash holding her own taking 5th with a time of 38.73!

Olivia Baker of Columbia running under the team name Fit Fast takes 5th in the AT&T Women's 300m Dash with a US#5 time of 38.73!

Queue an awesome Columbia girls performance again, they win the HS 4x400m with a US#1 Millrose Meet Record time of 3:46.42! Olivia Baker anchored home the victory with a split of 54.16!

Kylene Cochrane of West Morris Central placed 6th in the HS Girls Mile with a time of 4:56.81! Nice Personal best right there. Marin Warner placed 12th with a time of 5:00.23. Both great ranking times.

Fresh off of her eighth and ninth career Sectional event wins West Morris Central senior Kylene Cochrane aims for a great time at the 2014 Millrose Games. At the end of cross country season Kylene committed to the University of Pennsylvania and then went on a gold medal tear during indoor! She was very busy winning eight straight races in various events until placing second in the 800m at the Varsity Classic. Her last two races were victories at North 2 Group 3 Sectionals in the 800m (2:17.86) and 1600m (4:54.96).

Marin Warner has had a pretty good start to her track season coming off her strongest cross country season of her career. The Holmdel junior has raced 6 times through 4 meets so far this season. She also added her seventh and eighth sectional event titles this past weekend winning the 800m (2:16.40) and 1600m (4:55.09) at the Central Group 2 Sectional meet.

Before this weekend Kylene and Marin had to make a tough decision between the Group Championship meet and Millrose, with which they decided to run in NY. However with the snow storms delaying the NJ Group meet a few days, they can now run both meets! This also gives them a chance to advance to Meet of Champions. Good luck at Millrose girls, I'm so happy you have the choice to run in States as well. 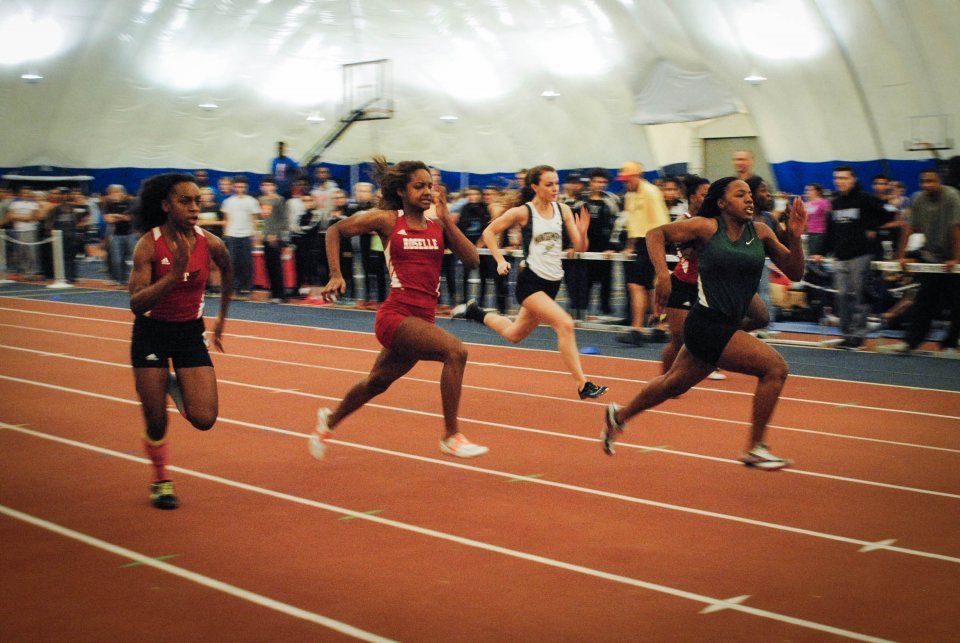 Boys HS 55 Meter Dash - Arthur Johnson of Hamilton North (Nottingham) did not compete at Sectionals but on January 24th he set a personal best in the 55m dash with a second place finish in a time of 6.50.